Brothers Tony and Glenn were introduced to engineering at a young age and learnt how to design and produce parts for working model steam locomotives and aero planes which their father Henry Allen had an enthusiasm for building in the garden workshop.
During a trip with a group of friends to Burnham-on-Crouch, they saw a fleet of Hornets race by. They were so impressed with these sleek sailing boats that they went along to theRoyal Corinthian Yacht Club to find out more. There they metBeecher Moore who convinced them that they should build their own Hornet. They built the Hornet in their shed and fitted it out with home-made fittings.
It soon became obvious to them that the brass cam cleats which were highly prized on some of the race-winning boats, were heavy and very expensive, so they decided to design and engineer their own die-cast aluminium cam cleats. Of course, word spread of the new light innovative fittings amongst the fleet of Hornets and it wasn’t long before they were selling and bartering them amongst their friends.
It was in 1956 that the Allen Brothers formed their dinghy fittings enterprise into a company and Beecher Moore persuaded them to supply Jack Holt’s boat-building business with their innovative new products. So began the long and fruitful partnership they named Holt-Allen.
Within a few years Allen Brothers had increased their resources to include their own design of injection moulding machines, metal press and punch machines and had increased their product range to include blocks, plastic cleats, sail-makers hardware, stainless steel rigging gear and more.
Today, you can look at most sailing dinghies and you'll find products designed and manufactured by Allen, from state-of-the-art dynamic bearing block systems, to humble molded plastic hooks.
In January 2008 after more than 50 years, the arrangement between Allen Brothers and Holt came to an end. Allen Brothers are now marketing the range of high performance sailboat hardware under the Allen brand. 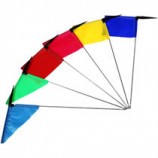 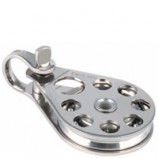 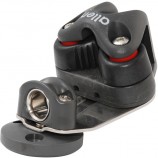 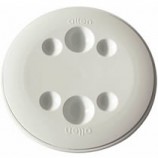 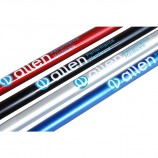 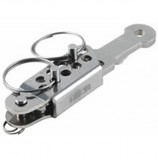 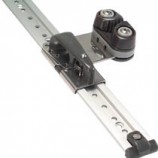